The Morgan Condominium had been attempting to pass a Standard Unit By-Law for the past few years, but couldn’t get the required turnouts to hold the vote primarily due to the challenge of getting owner engagement.

After the success of achieving quorum at their Annual General Meeting in April of this year, The Morgan wanted to see if GetQuorum could help them pass their proposed Standard Unit By-Law. The Standard Unit By-Law is one of the most difficult in the industry to pass - it’s relatively easy for suite owners to grasp, but commonly misunderstood as being personally detrimental (read our blog post about this topic).

GetQuorum’s team collaborated with The Morgan’s Board of Directors and Management to create a strategy to help pass the Standard Unit By-Law this autumn. During the campaign, owners were educated on the importance of the By-Law with weekly FAQ and educational emails. By actively engaging owners, The Morgan was able to boost owner participation through electronic proxy submission.

The 120 electronic proxies submitted by owners added to the 27 paper proxies that The Morgan’s team was able to collect. With 11 owners having attended in person, an astounding 70% of all units were represented at the meeting. The effectiveness of the educational campaign was evident in the 110 “in favor” votes from the electronic proxy submissions. The Morgan’s success can be attributed to taking the time to explain how the By-Law would benefit the Corporation’s bottom line and ultimately the owners, engaging owners in discussion about the By-Law, and providing a convenient way for owners to submit their vote.

“We wanted to work with GetQuorum again after the surprising number of proxies their service was able to help us collect for our last AGM. The Standard Unit By-Law is something we have been trying to implement for the past three years, and we became optimistic when GetQuorum’s team announced that they had helped other condominiums pass by-laws in the past, and outlined their owner engagement strategy.

We were pleasantly surprised at how effective the engagement strategy was and how many electronic proxies we were able to collect. GetQuorum was integral to helping us pass the By-Law this fall.

We are thrilled with the results and would recommend GetQuorum to other condo Boards and Management teams.” 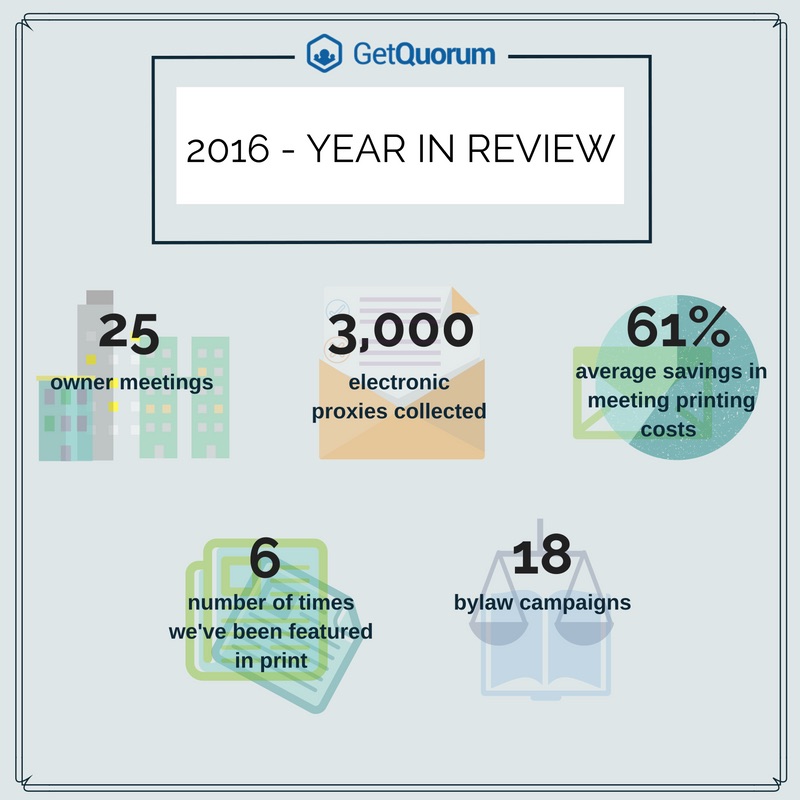 It’s been an exciting 2016, we launched GetQuorum officially in March, joined the Legal Innovation Zone at Ryerson University and got to collaborate with amazing leaders in the condominium 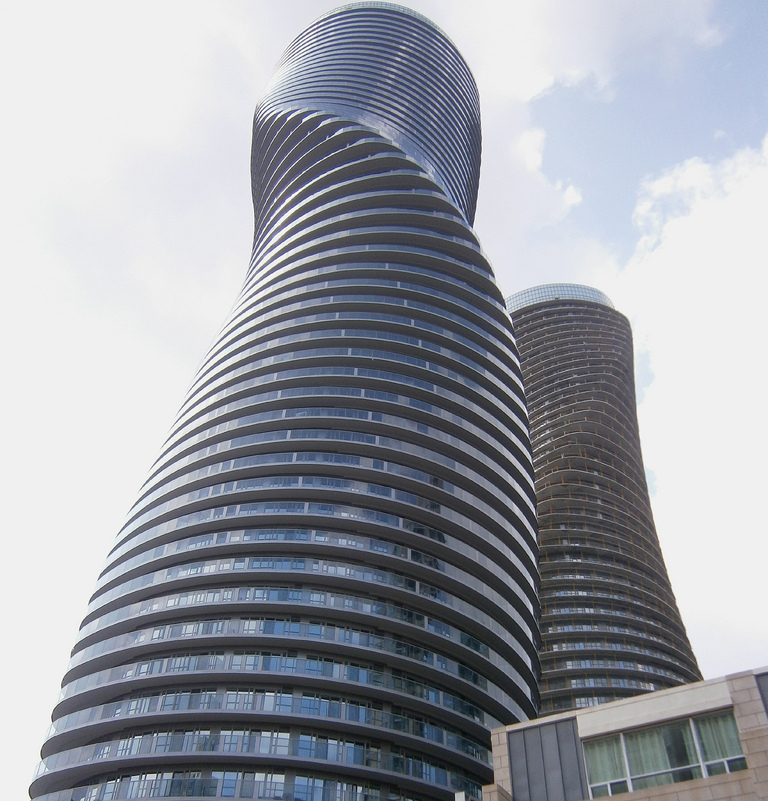 GetQuorum helped us reach quorum for the first time in six years, pass a Standard Unit Bylaw, and save thousands of dollars on meeting notice distribution costs. -- Board of